Local Artists Display a Variety of Talents at Skillosophy June 24

Since moving to its Bushwick headquarters in 2014, Livestream has proudly emphasized an open-door policy with local artists and performers. The venue has hosted hip-hop shows, film industry mixers, skillshares, and a rotating display by local artists. The quarterly capstone of these efforts, Skillosophy, returns this Friday June 24. 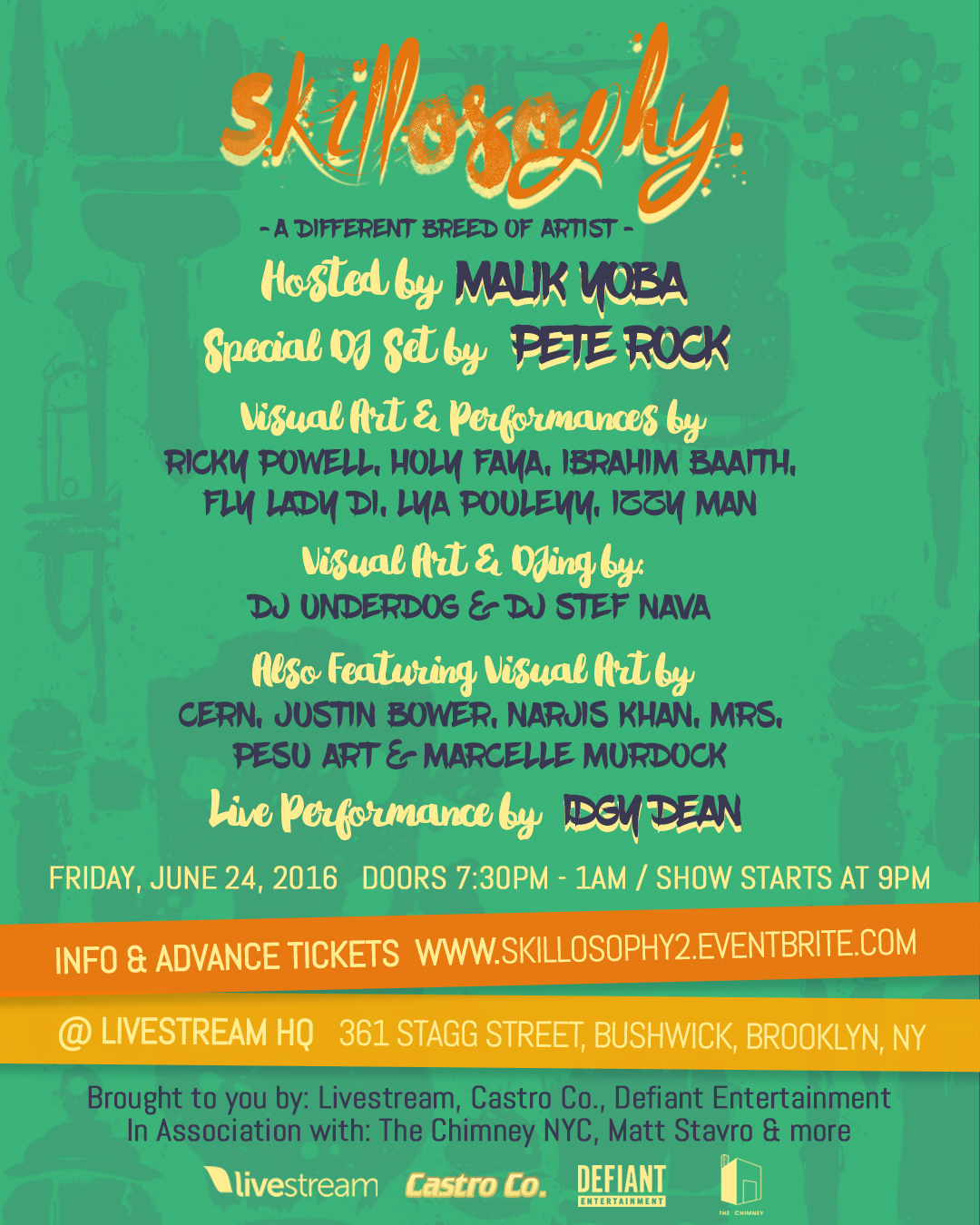 Skillosophy is a seasonal exhibition series focused on multi-disciplinary artists. In this unique series, hyphenation is the name of the game: poets who paint, graphic designers with serious MC skills, and artists with musical chops. Renowned beatboxer Rahzel, formerly of The Roots, hosted the premiere, which featured Rocksteady Crew member JS-1, “Lemonade”-featured artist Laolu Senbanjo, and Olympic fencer Natalie Vie. 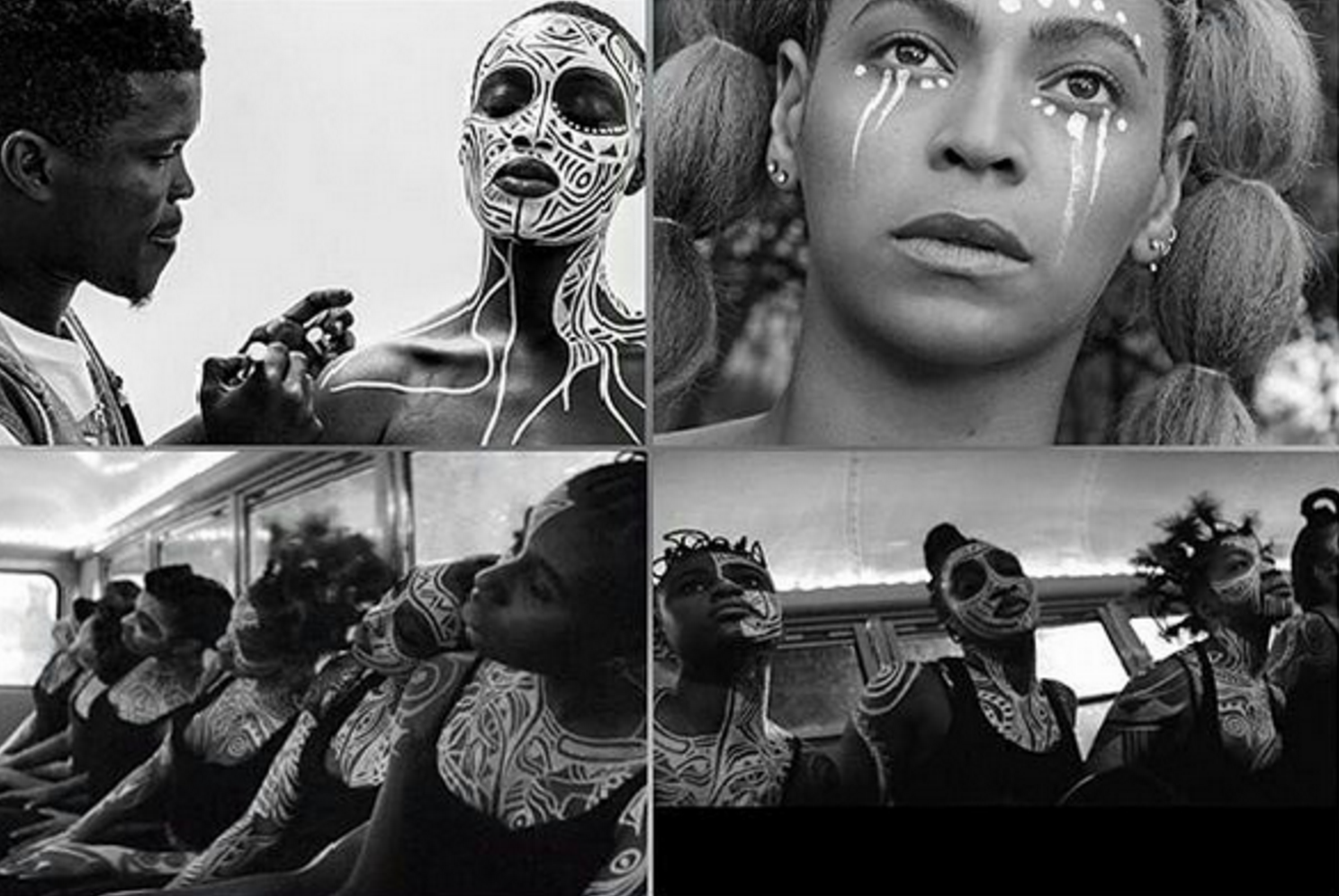 Livestream’s curator, Bianca Romero, conceived of the event as a platform for local artists and she was eager to emphasize the communal aspect of the showcase:

“New York City is a mecca for creativity. We want to embrace the creative community and provide an experience that is accessible for Livestream viewers all over the world, as well as local music, art, and event enthusiasts.”

Livestream CEO Jesse Hertzberg sees Skillosophy as “a desire to bring Bushwick into our office instead of having the neighborhood end at the front door.” This ethos is illustrated in the murals by local artists that cover the walls of the Livestream office, reflecting a walk through the neighborhood.

This month’s Skillosophy has invited a fresh line-up of DJs, performers, painters, and poets to the Livestream headquarters for its Summer Art Exhibition and Showcase. This line-up is stacked with artists bringing their own unique spin on the connection between aural and visual mediums. Newcomers of all disciplines will be representing Brooklyn and beyond with live performances and fresh art on display.

Featured rapper-producer-designer IZZY MAN, a veteran of Brooklyn Tech High School’s Organize Chaos step team, was hand-picked by Kweli himself for the 2010 Blacksmith Community Mixtape. Designer-DJ Underdog, the resident DJ for Afropunk, and painter-DJ Stef Neva will share the ones-and-twos, bringing their unique blend of beat-matching and visual mastery to Skillosophy with art on display and a live set. Toronto-based choreographer and dancer Fly Lady Di, whose moves have been featured in videos for Jason Derulo, Fall Out Boy, and others, will perform and present her paintings.

Graphic designer, web series producer, and Bed-Stuy resident Lya Pouleyy will be showcasing her puzzle-inspired pieces that have graced everything from screenprints to linens. One-woman psych-show Idgy Dean will make a special appearance, playing dream pop with a nod to avant-garde dance and performance art from New York’s golden age of Downtown weirdness.

The space itself will display artwork from CERN, Justin Bower, Narjis Khan, MRS, Pesu Art, and Marcelle Murdock which will remain up in the Livestream offices for the quarter.

Co-curator and Lyricist Lounge founder Danny Castro sees the showcase as a template for group shows with inclusivity at the forefront: “The audience is everyone who loves all aspects of art whether it’s music, dance, film or any type of visual art.” Castro acknowledges that the audience for Skillosophy isn’t what you’d immediately expect. “It’s a very diverse crowd. Working class, artists, industry folks, art buyers, and party people.”

GET YOUR TICKETS FOR THE EVENT TODAY OR WATCH ON LIVESTREAM.