Livestreaming Cultural Events: How to Engage and Grow Your Community

For the past 30 years, Jazz at Lincoln Center has entertained millions with performances from jazz heavyweights such as Wynton Marsalis, Cecile McLorin Salvant and Joey Alexander. But there’s also another notable achievement – it’s now into its fifth consecutive year of successfully livestreaming cultural events with Livestream.

In 2017 alone, over 4 million tuned in from around the world to watch live broadcasts of Jazz at Lincoln Center’s concerts.

As a cultural institution, Jazz at Lincoln Center’s mission is to entertain, enrich, and expand a global community for jazz through performance, education, and advocacy. Simply put, its focus is on creating shared experiences and common ground among jazz lovers.

“[Since 2012], we have grown a dedicated global audience for jazz through the platform,” says Aaron Bisman, the venue’s Director of Audience Development. “Livestream has strengthened Jazz at Lincoln Center’s brand by helping us connect with people all over the world.” 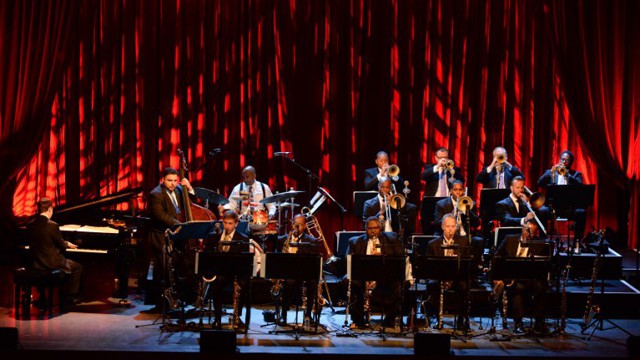 Livestreaming cultural events has served as an outreach tool for Jazz at Lincoln Center. “We have viewers from all over the world in real time. When you open yourself up to digital opportunities, such as livestreaming, you can speak to an exponentially larger audience. Why wouldn’t you make your art, music, and content available to the widest audience possible? It’s a no-brainer,” says Bisman. Since adding Facebook Live to its livestreaming strategy, Jazz at Lincoln Center’s total live views have increased 818% year-over-year.

While some venue organizers fear that livestreaming performances could cannibalize in-person attendance, Jazz at Lincoln Center believes those views have been disproved. “We’re four years into presenting free concert livestreams and our ticket sales have only increased during that time,” Bisman shares.

Located at the corner of 92nd Street and Lexington Avenue, 92nd Street Y’s audience extends far beyond its neighborhood and the city of New York. “We are not just for a New York audience, so live video fits in perfectly,” says Andrew Krucoff, Director of Digital Content at 92nd Street Y. “The programs that we do are for a worldwide audience.” The institution has been broadcasting its events with Livestream since 2012.

Established in 1874, 92nd Street Y is a Jewish cultural institution and community center that brings people together through performance and visual arts, literature and culture, and education. Each year, the organization holds over 2,000 events in New York, including its high holiday services, special conferences like the Social Good Summit and The Fast Company Innovation Festival.

As part of its livestreaming strategy to reach a global audience, the organization broadcasts events to its Livestream account, 92Yondemand.org, Facebook page, as well as Periscope.

The ability to stream to multiple platforms simultaneously – specifically Facebook Live – has yielded impressive results for the institution. A recent livestream of CBS Sunday Morning to the show’s homepage and Facebook page recorded a total of 39,000 views, 1,300 reactions, 835 comments, and 129 shares.

“Being able to stream directly to Facebook is huge. Facebook is such a beast in the world. You need your content there. It allows us to collaborate with other organizations,” says Krucoff.

Another institution successfully engaging its community by livestreaming cultural events is PowWows.com. A customer of Livestream since 2012, the organization seeks to bring together the Native American and indigenous community by demonstrating the diversity of cultures through dance and song events. Since its first powwow livestream in Oklahoma City in 2004, PowWows.com has seen exponential growth in its viewership, from “a couple thousand viewers” to over 1.9 million views in 2017. Similar to 92nd Street Y, it is also seeing the results of its ability to stream to its Livestream account and Facebook Live simultaneously. In 2017, PowWows.com received over 2.2 million live views of its events, with the majority coming from Facebook Live.

Its live video strategy is underpinned by its goal to engage the community. “We like to stream because it builds our community, gives great engagement, and helps people feel connected to their culture,” says Paul Gowder, CEO of PowWows.com, adding that livestreaming is “the ultimate connectivity tool.”

Livestreaming gives followers real-time access to events, in turn creating more authentic engagement. “It’s not just in history books. People can interact with our culture and see it firsthand.” For that reason, Gowder believes all cultural institutions should be investing in live video.

“It’s important to educate the public on a culture,” says Gowder. “Exposing more people to a culture helps bridge the gaps. No more hiding behind things or not understanding it. You can dispel myths with livestreaming. You can see it, you can watch it.”

You can learn more about livestreaming cultural events and growing your community from our full webinar. Watch the video below to learn:

Marketing Best Practices: Why Not Just Stream To Facebook Live?

While Facebook Live should be a part of your overall livestreaming strategy, it’s important to diversify your distribution channels. A few things to consider as you build your live video strategy:

Variety is the Spice of Life: Go To Facebook (But Go Everywhere Else Too)

Most brands do not post updates to only one social media network. Similarly, why only stream your video to one platform? Facebook Live is an easy-to-use tool but should be considered but one tool in your diverse streaming distribution tool box. While there are one billion people in the world on Facebook, that means there are another seven billion NOT on Facebook. With Livestream you can also use tools like Livestream Audience Booster to reach people around the web with your stream on sites like ESPN and CNN. Build a strategy that reaches your audience in a number of different locations. Using syndication tools like those built into the Livestream platform, you don’t have to pick and choose. You can push content to all platforms at once and ensure you’re not missing key segments of your audience.

While Facebook has the reach, your ultimate goal should be getting people back to your website. Turn viewers into traffic by hyping or sampling content on Facebook Live while encouraging them to head back to your page. Additionally, if you are using cookie tracking or retargeting in your marketing strategy, you can only track the people watching video on your site. By driving Facebook audiences back to your site you can collect much more information about your audience. And, of course, you can turn your audience into that most important outcome that you are hoping for – customers of your business!

With Facebook Live, you don’t have as much control over the viewing experience. Watching your video in a fully branded portal with custom calls to action is more likely to convert. Viewers are less likely to be distracted by notifications or other things happening on the platform. In fact, based on a recent survey we conducted, viewers prefer to engage content on a branded destination for just that reason. 40% of audiences want to watch live video NOT on social media, but at a dedicated web destination.

What Facebook undeniably has, and what won’t change in the near future, is reach. Streaming to Facebook Live immediately gives you access to millions of eyeballs where they already are, which is good marketing distribution 101.

In the past two years, Facebook’s algorithm has changed 24 times – an average of one update per month. Marketers and brands never know how Facebook’s feed algorithm will shift in the future, making it an unsteady place to build a brand or content strategy on its own. As all social media platforms change based on audience interests and behavior, it’s hard to build a reliable strategy when you don’t control the platform.

A stream on Facebook is not optimized for large-screen or high-quality viewership. Video quality is the most important factor for 67% of viewers when watching a livestream broadcast.

If there are any issues with your stream – or your stream is taken down for any reason – there is no one to call at any large social media platform. Many large companies stream on multiple platforms to account for any outages caused by electricity, bandwidth, or the platform. When streaming to more than one player/platform, you have a back up to direct your audience to in case of emergency. Additionally, dedicated streaming platforms like Livestream offer round the clock support for Premium and Enterprise customers. If you have issues with your stream, we’re a phone call away.

Our free guide, “Live Streaming for Social Media,” is the perfect crash course for organizations of any size. Download the guide to learn: