Livestreaming concerts can turn an intimate set in a small venue into a global phenomenon. Venues and festivals are livestreaming events to reach bigger audiences than ever before. Giving audiences a platform to enjoy their favorite artists from anywhere in the world is changing the way we experience live music. 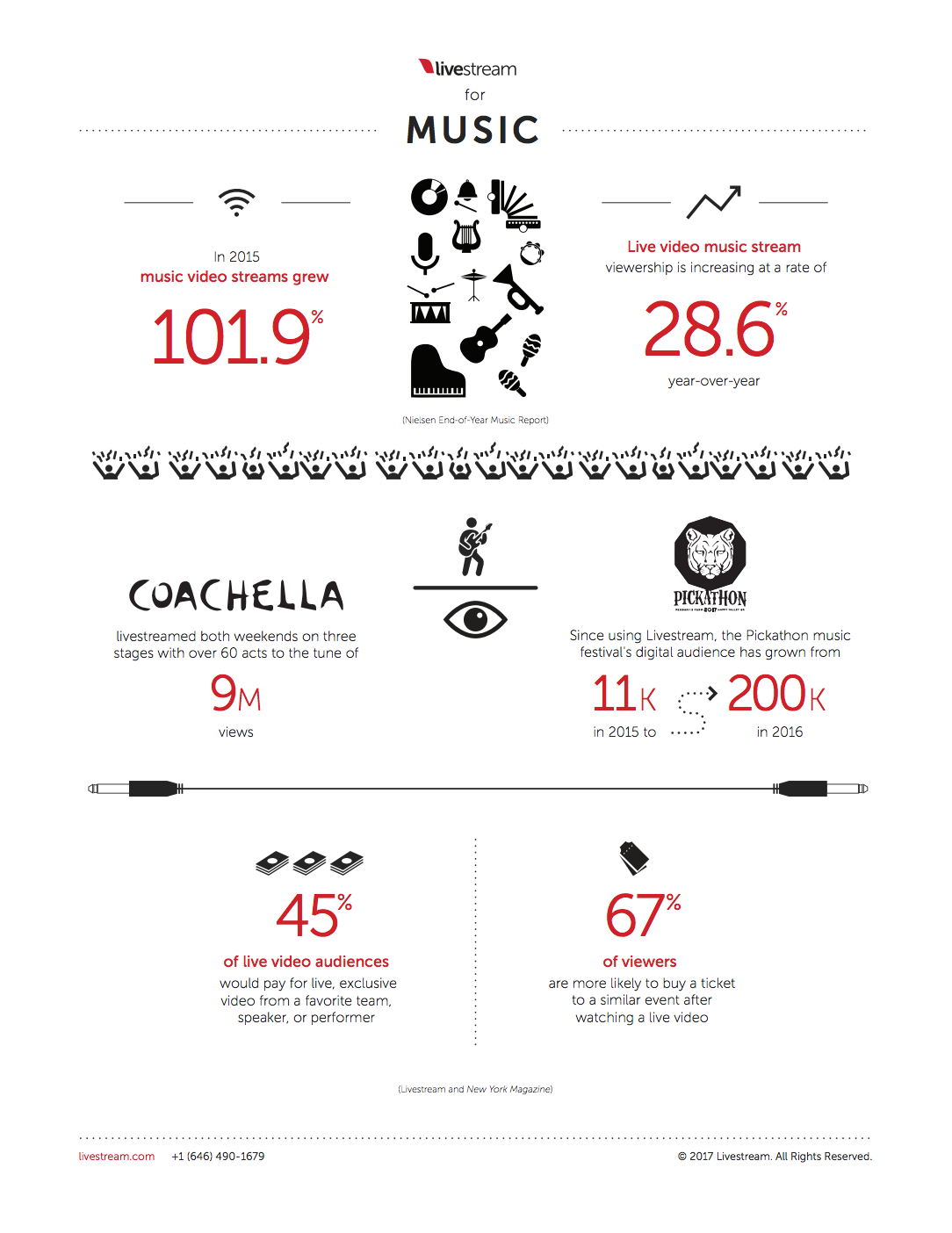 The popularity of livestreaming concerts is a boon for ticket sales. Instead of “cannibalizing” revenue, viewers who watch live concerts are more likely to buy a ticket to a similar event in the future. Livestreaming music and performances puts audiences in the moment in ways that video-on-demand cannot.

3. After watching a live video of an event, 67% of viewers are more likely to buy a ticket to a similar concert or event. (Source: Livestream and New York Magazine “Win a Free Mevo” Survey)

4. 45% of live video audiences would pay for live, exclusive, or on-demand video from a favorite team, speaker, or performer. (Source: Livestream and New York Magazine “Win a Free Mevo” Survey)

5. 87% of audiences, who would prefer to watch online if it meant more behind-the-scenes content. (Source: Livestream and New York Magazine “Win a Free Mevo” Survey)

6. 1.8M words is worth one minute of video, according to Dr. James McQuivey of Forrester Research.

7. Coachella livestreamed both weekends on three stages with over 60 acts to the tune of 9M views. (Source: Forbes Magazine)

Want to learn more about why Livestream is the best platform for live streaming concerts and live music?