Musical numbers, game shows, and traditional Scottish garb don’t usually come to mind when you think of corporate culture. But at Blinds.com this eclectic and quirky content mix is business as usual. With Livestream’s platform and hardware, the Houston, Texas-based online blinds seller has demonstrated how livestreaming for business can effectively engage employees. Blinds.com does this successfully by mixing humor and inspiration to communicate with its 400 employees across its marketing, customer support, and retail departments – no matter where they work.

In addition to broadcasting its all-hands meetings, the e-commerce site is also livestreaming its new hire introductions as a way for employees to showcase what makes them unique. “Every employee introduction is special,” says Brad Parler, Digital Communications Administrator at the e-tailer which was acquired by Home Depot in 2014. When a new product manager took center stage for the internal stream, he introduced himself with a performance of a traditional Scottish dance – kilt and all. “That may have been the most re-watched stream that we’ve had,” says Parler.

Company-wide initiatives at Blinds.com are guided by its four core values: continuous improvement, speak up and be yourself, experiment without fear of failure, and enjoy the ride. The company’s live video strategy is a testament to these values, from its beginning as a side project to its current iteration as a cornerstone of its communications playbook.

Parler joined Blinds.com in 2012, bringing 20-plus years of broadcast experience to its customer support team. Since then, he has held six different positions within the organization. Three years into his tenure, an acquisition by Home Depot and subsequent office move inspired Parler to explore live video for the company’s internal communications strategy.

“Change is scary,” Parler confesses. “It can be approached with a lot of fear and trepidation.” Fortunately for Parler and his team, Home Depot’s culture aligned perfectly with Blinds.com. “Home Depot treats its work structure as an inverted pyramid,” he explained. “They put customers and customer-facing employees at the top – not the CEO. That structure really aligns with our thinking at Blinds.com.”

Speak Up and Be Yourself

Although Blinds.com already had an existing video workflow, Parler saw an opportunity to take livestreaming for business as well as its production to the next level. That meant replacing its USB webcams with four Mevo cameras, and live-editing and encoding Livestream Studio software. “Once we added production value to that conversation, the perceived value of our employees rose. That production value directly affected the perceived value that they felt,” says Parler.

Experiment Without Fear of Failure

When it comes to livestreaming for business, content must be appealing in order to effectively communicate the company’s vision. “You must have a personality. Your content has to be engaging. What you say has to be authentic,” he says. One of Parler’s key initiatives was broadcasting the “Say Jay” meeting. He noticed that the majority of leadership in other companies tend to view livestreaming for business meetings as a megaphone and sought to do the opposite. “What makes us different is the way we’re leveraging this technology and hosting a conversation,” he says.

Parler was decidedly impressed by Livestream Studio’s ease of use and its US-based customer support. “Livestream are the leaders for livestreaming for mere mortals. When you want to bring an experience to the masses in this broadcast medium, why wouldn’t you go to the source?” he says. 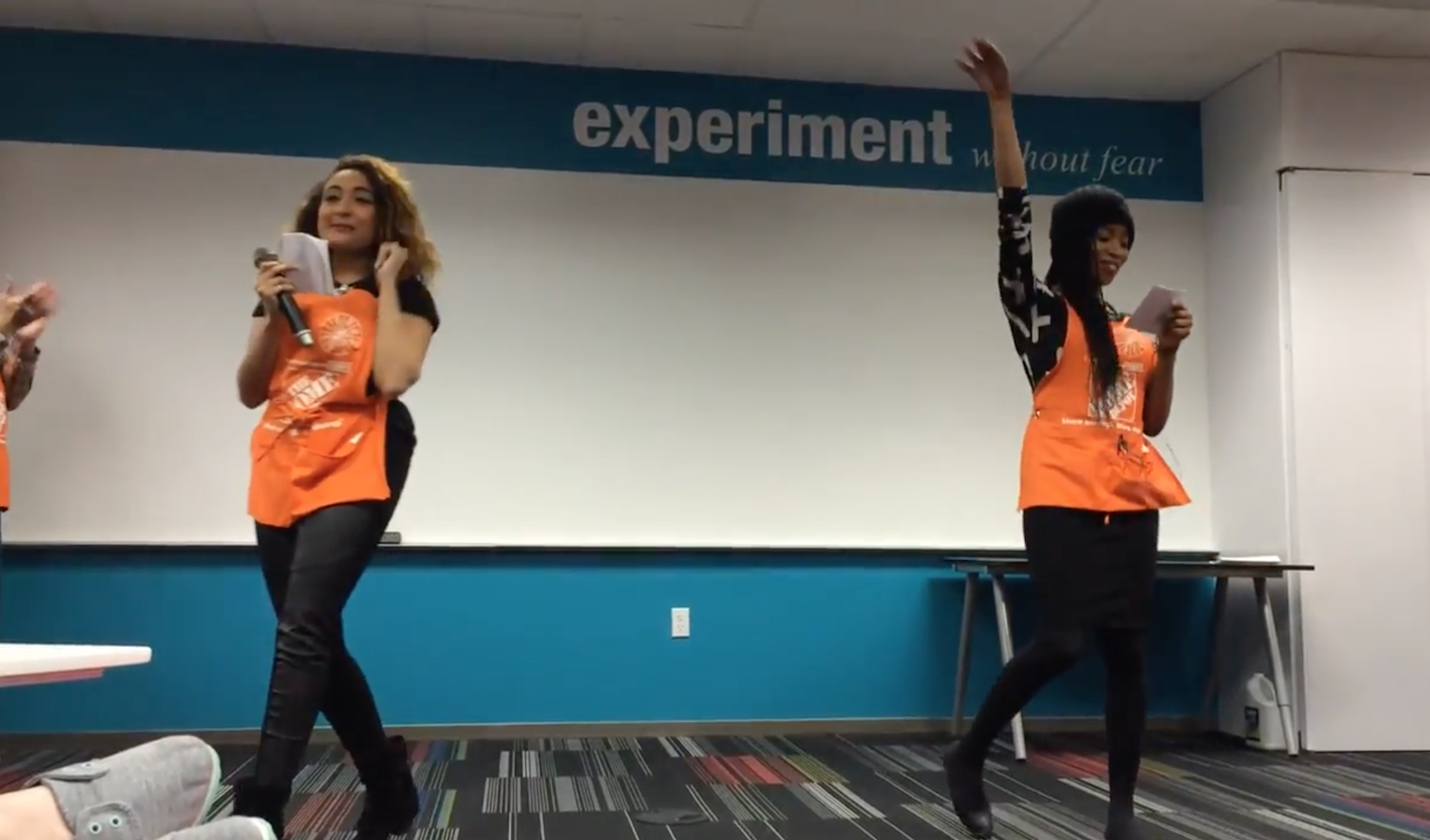 Creating a space to stream live video has inspired other departments to join in the fun. What began as a way to broadcast executive announcements has morphed into something beyond Parler’s imagination.

Very quickly, Parler’s colleagues had ideas to use the Livestream equipment across their departments. “Customer service was the first one to jump on it and say, ‘If it’s not going to disrupt anyone, we’d like to come down once a week and host our meetings there.’ Now everyone wants to host the all-hands,” he says.

Parler is committed to empowering individuals in the company to succeed in livestreaming for business. As part of that, he is building a curriculum to certify employees in live video streaming. “I want to make sure that people have that [livestreaming] experience under their belts,” Parler says. “My teammates are going to volunteer time with our all-hands before they can take the reins and do all-hands for their own departments. Then they get to be that rock star in front of their own departments.”

Parler’s first major use of livestreaming for business – its twentieth anniversary in which the company’s successfully broadcasted “20 Days of Giveaways” to their Facebook Live page – has inspired his team to expand its public broadcasting.

The game show-style stream was a surefire engagement engine. The team would post a question on their Facebook Live page, and every commenter was automatically entered into a giveaway. The winner was announced the following day, enticing anyone who tuned in the day before to revisit to the company’s Facebook page.

“It was a huge hit!” says Parler. The largest prize was a $500 gift card to Home Depot. Parler is eager to replicate this success with Livestream’s Simulcast feature which enables streaming to multiple destinations to extend their reach on Periscope, Facebook Live, and YouTube. 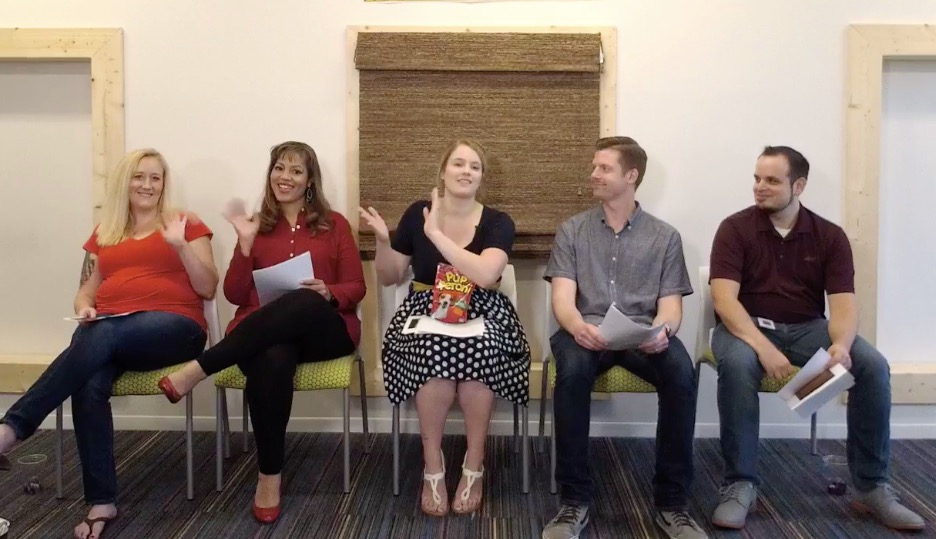 His team is focused on putting fun front-and-center for Blinds.com’s initiatives – from all-company meetings to special promotions. “One of the ways we signify success is doing qualitative surveys as a one-on-one. We’re hearing a lot of ‘Did you see so-and-so’s introduction? You should go back and watch!’” Parler says, adding that: “People are walking away from our streams, amplifying those messages and living out our core values.”

Taking Livestreaming for Business to the Next Level

Parler’s resounding success with Livestream Studio and feedback from the executives at Blinds.com motivated him to switch from another streaming platform to Livestream’s Enterprise Plan, what he saw as a more “cohesive ecosystem.”

“Moving from a limited account to a fully unlimited account with Livestream – and everything that the Enterprise plan has to offer – was really the attraction and push for us,” says Parler, noting this is particularly useful as the company starts to further invest in livestreaming for business, in particular for an external audience.

Parler likens the Livestream platform to the peeling of an onion: one in which he is “continually pulling back the layers of awesome features, in terms of what will add value to our livestream.”

A feature that has him equally excited is the cloud-based transcoder: “In the past we’ve used three iPhones and shot different viewpoints from different platforms. Cloud-transcoding will allow us to send a single feed out – and it’s the same content for all channels; It no longer puts any stress on the application that’s streaming it because the cloud is directing all the traffic flow.”

Ultimately, usability of the Livestream Studio and platform is what makes it a winner, says Parler’s colleague, Katie Laird, Director of Social Marketing at Blinds.com.

“As a professional communicator and someone that’s not super techie, finding a partner that has an ecosystem – a suite of services that’s easy to use, along with great customer support – goes a long way. That really helps grow our footprint in ways we previously weren’t able to,” she says, pointing to challenges surrounding the ecommerce space where opportunities for in-person engagement with customers are limited. “Live video has never been more important. Having a partner like Livestream makes it possible, affordable, feasible and exciting to create content.”

Interested in livestreaming for business?
Livestream is the only end-to-end solution that empowers you to distribute compelling live content, engage your employees, and grow your business. To find out how to livestream for corporate communications, check out our “How to Stream Your Town Hall Meeting” guide.