In 2016, livestreaming your fashion show is a must. “If you don’t livestream your show you’re missing out on a huge opportunity that your competitors are going to pick up on,” says Elizabeth Fuller, Digital Manager at Carolina Herrera. Fuller would know – the Wall Street Journal called the Herrera team’s Fall 2016 New York Fashion Week stream: “textbook-how-to-do-it.” 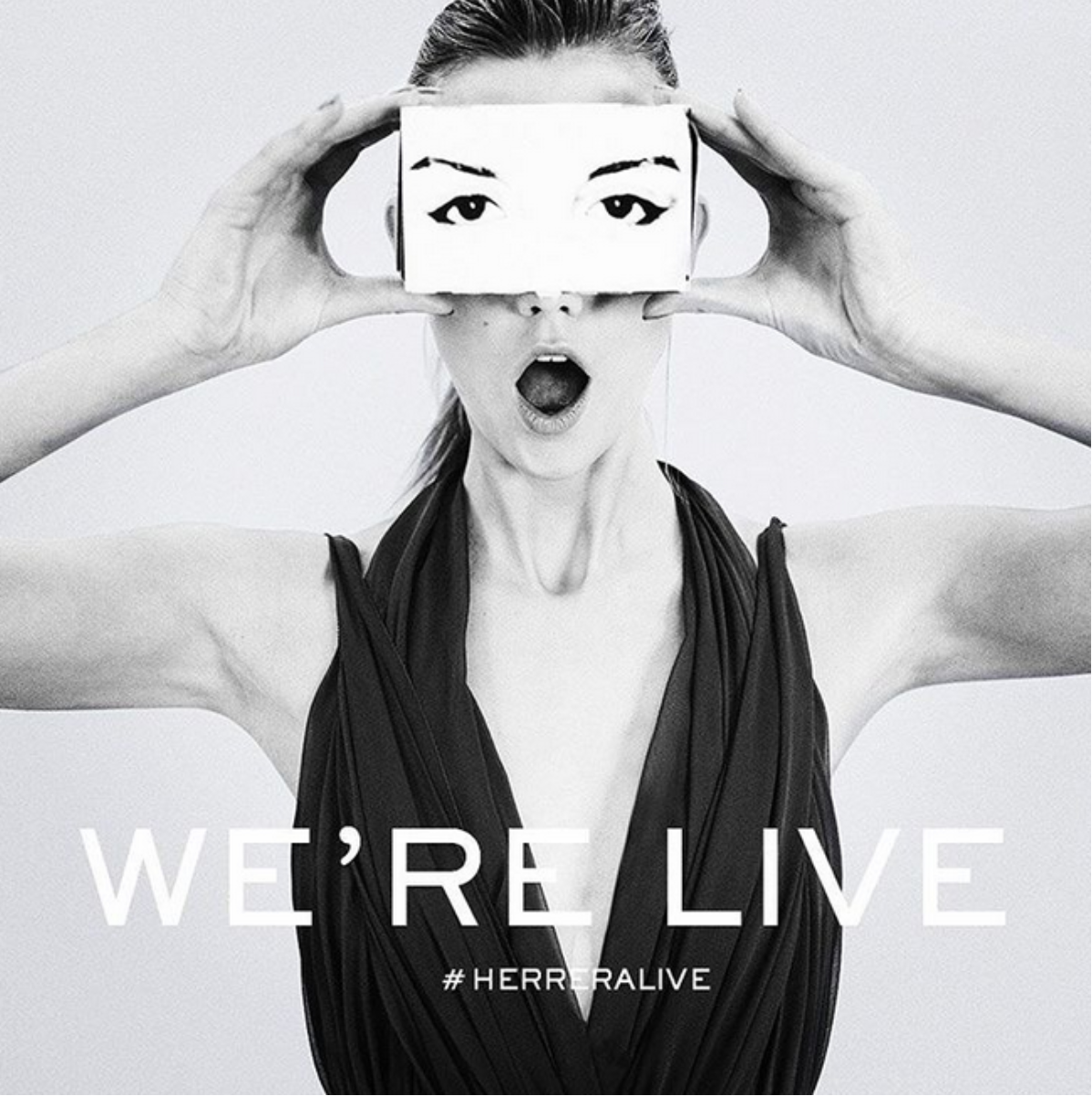 Many fashion brands struggle with how to livestream a fashion show with so many logistics involved. “I think five years ago you didn’t livestream a show because fashion shows were still meant to feel exclusive,” says Fuller. But things have changed, and customers and social followers alike are demanding more from fashion brands.

[DOWNLOAD THE CASE STUDY]
“Social media has broken down that wall that separated the fashion crowd from people who are admirers of fashion,” Fuller says. “You have to stay on top of these advancements to get the consumer excited, and sharing on social helps get the most engagement and talk around your brand.”

After a bad experience with livestreaming, the Carolina Herrera team decided to not stream their fashion show online for the first time in five years for their Fall 2015 show. “We saw a significant decrease on our social platforms and there was a lot less talk around the event because people couldn’t see it as it was happening,” says Fuller. They also lost international press compared to previous seasons. “We knew after that season it was a mistake to not livestream.”

For the Fall 2016 show, the Carolina Herrera digital team needed to find a solution and were introduced to Livestream through their event agency. Once Livestream got to The Frick, they realized their work was cut out for them. “It’s a space that is not set up for a live production,” says Alex Schuster, Director of Professional Services at Livestream.

The Livestream Production Team produced the live runway show broadcast with a standard three-camera shoot in addition to the two 360-degree cameras on each side of the room. The Livestream Product Team then created a custom player that allowed users to choose their own viewing angles and experience. Livestream also shot the show vertically to align with the display televisions in the Carolina Herrera show rooms. “You could get a shot of any part of the room as it was happening live,” says Fuller. “It was a really unique viewing experience for our audience around the world.”

Fuller’s advice for a noteworthy, live fashion show? “When you plan a livestream for a fashion show you want to have the best possible version. Be doing something no one else is doing, or provide the best user experience,” Fuller says. “We feel like Carolina Herrera did that by partnering with Livestream, and the Journal recognized us as the best livestreaming experience in all of New York Fashion Week.”

DOWNLOAD THIS GUIDE FOR FASHION AND RETAIL LIVESTREAMING TO LEARN: