Cord-cutting is on the rise. Audiences are pivoting away from traditional media toward new social and over-the-top content platforms like Netflix and Hulu. Livestreaming television and radio broadcast programming is the best way to reach your viewers across multiple platforms. Our research shows livestreaming for broadcasters is crucial for any modern media distribution strategy.

News and sports broadcasters are leading the charge, with new streaming portals eating away at traditional media’s market share. To meet viewer demand, broadcasters need to diversify the way they distribute their content. 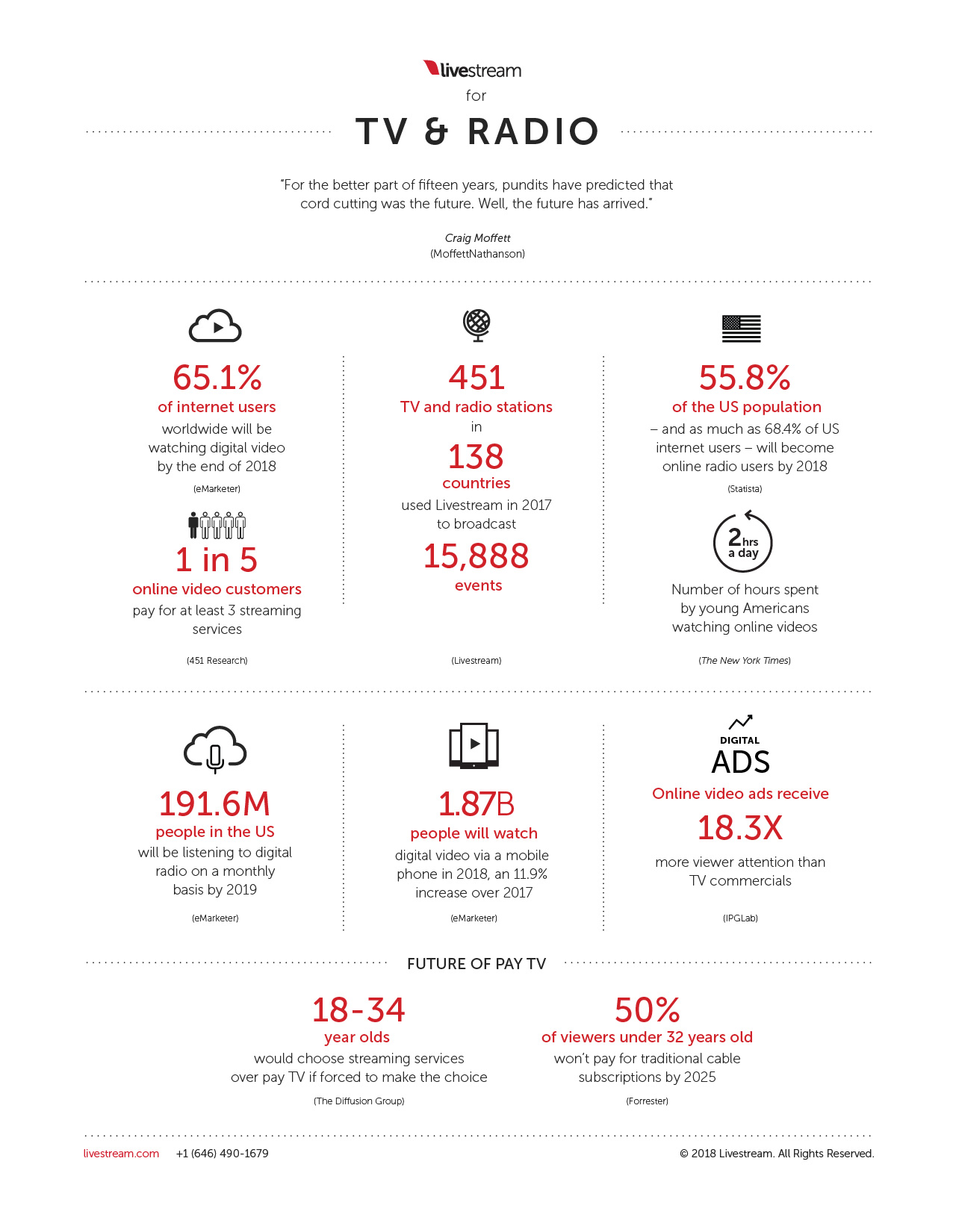 “For the better part of 15 years, pundits have predicted that cord cutting was the future. Well, the future has arrived.” – Craig Moffett, MoffettNathanson

“Not only have we realized an entirely new revenue stream, but [the livestream] has become so popular, we can’t imagine doing the radio show without the streaming video component.” – Shane French, Rover’s Morning Glory Radio Show

1. 65.1% of internet users worldwide will be watching digital video by the end of 2018. (Source: eMarketer)

9. 18-34 year olds would choose streaming services over pay TV if forced to make the choice. (Source: The Diffusion Group)

14. Users are spending an average of one hour and fifty-five minutes with digital video each day. (Source: eMarketer)

15. Millennials aged 14 to 25 are the only age group watching more shows on digital devices than on traditional TV screens. (Source: eMarketer)

19. 75% of respondents who listen to online radio on a weekly basis think commercials are a fair trade for free programming. (Source: Media Daily News)

Want to learn more about how traditional media companies are growing their audiences with live video?

Read our case study with New York Magazine and Veuve Clicquot to learn: